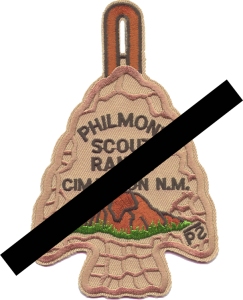 As you may have heard, Philmont’s north country was hit by massive flash flooding on Saturday, June 27. Several Scouts were swept away by floodwaters, and one of them died. This is a tragic situation for that Scout’s family and troop, of course, but also for many others at the ranch. A number of crews and staffed camps lost gear, for example, and there is evidently a lot of damage to the area.

The Philmont Staff Association has set up a fund through which you can make monetary donations to help with recovery efforts at the ranch. When you visit Philmont Flood Relief, you can make donations in multiples of $5 using Visa, Mastercard, Discover, and PayPal. That page also has information on sending care packages and other items. (As an aside, money is usually the best thing to send in the case of a faraway disaster, both because it gets there quicker and because it can be used as needed as the situation evolves.) 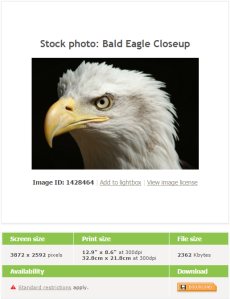 Troops and families present all sorts of gifts at Eagle Scout courts of honor, including neckerchiefs, belt buckles, statuettes, memberships in the National Eagle Scout Association, savings bonds, and the Eagle Mountain Certificate I sell on my website.

If you’re on a tight budget, a great option is to give your new Eagle Scout a framed photo of a bald eagle. While you can pay a lot of money for a professional photo, you can also download a free, decent-quality photo from a stock site like www.freeimages.com or www.rgbstock.com. These sites feature images from photographers who make their work freely available, often with no restrictions except a ban on redistribution.

All you need to do once you find the image you like is to check the licensing terms and make sure the image has high enough resolution for the print size you’ve chosen, as shown in this chart:

You can then send the download image to your favorite photo processor for printing. Walgreens, for example, does 8 x 10 prints for $3.99 and 11 x 14 prints for $10.99, although discount coupons are often available. Add an inexpensive frame and perhaps a precut mat, and you’ve created a nice gift for under $20 that your new Eagle Scout will be proud to hang in his bedroom or dorm room. (An 8 x 10 photo looks great in an 11 x 14 frame with a precut mat, which costs just a few dollars at a craft store like Michael’s.)

And you can greatly increase your gift’s value by taking one more step. At the court of honor, encourage guests to write congratulatory messages on the back (or on a mat if you include one). That way, whether your honoree looks at the front or the back, he’ll remember the Eagle Scout trail and the friends who accompanied him on his journey. 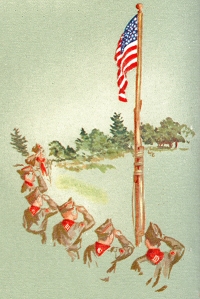 The BSA has struggled for many years to get Cub Scout packs to maintain a year-round program. There’s even an award, the National Summertime Pack Award, that recognizes packs for doing what they should have been doing anyway.

Troops don’t get the summertime blues quite as badly as packs—probably because of summer camp and high-adventure trips—but some troops are still tempted to take at least part of the summer off. My advice: Resist the temptation. Taking an extended break over the summer slows advancement, interrupts your momentum, and makes starting up again in the fall difficult.

That’s not to say that your August program must look just like October’s. Far from it. In keeping with the season, your summertime program should probably take on a more leisurely feel. Here are a few ideas for adding interest to your summertime meetings:

In short, take advantage of the year’s longest days. 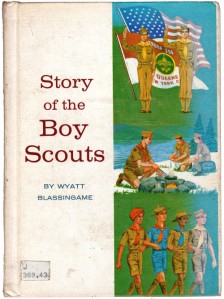 The main purpose of an Eagle court of honor—no surprise—is to honor a young man for becoming an Eagle Scout. But that doesn’t have to be the only purpose.

In many cases, your audience will include the honoree’s friends and family, teachers, and other people who know little about Scouting. Rather than ignore their ignorance, find ways during the ceremony to weave in information about the Scouting program, Scouting ideals, and what it takes to become an Eagle Scout. And if some of that information seems to detract from the business at hand, include it in the printed program. You could even include a thumbnail history of Scouting or other information that’s interesting but not necessarily germane to the court of honor.

I’ve been to too many Eagle courts of honor where I left not knowing much more about the honoree than when I arrived. Don’t make your next honoree’s guests feel that way about the Scouting program. Helping them understand the program could pay dividends down the road. 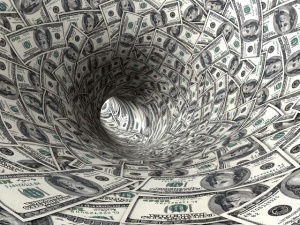 That saying could apply to the doom-and-gloom advocates of politicians across the political spectrum–as in “If you elect my opponent, your taxes will quadruple, America will go out of business, and your dog will get fleas”–but it also applies to some of the myths Scouters fall for from time to time. This week, Bryan’s Blog debunked the myth that Scouting units must zero-out their bank accounts each year, the logic being that we’re nonprofit organizations.

First, Scouting units aren’t nonprofit organizations; they are programs owned and operated by chartered organizations like churches, schools, civic groups, and businesses, which may or may not have nonprofit status. (Actually, come to think of it, “disorganizations” might be a more apt term for some units!)

Second, consider the case of a true nonprofit organization, like a local nonprofit college, hospital, or place of worship. Imagine the chaos that would ensue if that organization zeroed-out its bank accounts on December 31. How would it make payroll the next week? How would it cover utility costs? How would it…. Well, you get the idea.

In that Bryan’s Blog post, Russ McNamer from the BSA’s legal department offered a good rule of thumb: keep a bank balance that’s no larger than your annual budget. I think you might go higher if you’re saving for a high-adventure troop or a major equipment purchase, but you shouldn’t go so low you don’t have a rainy-day fund. Remember the Scout motto! 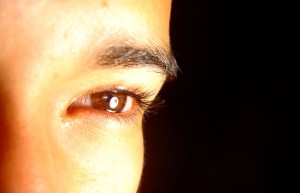 David, as I remember, was nearly 18 when he finished his last Eagle requirement. He’d been very active in the troop at one time but had been temporarily sidetracked by those two deadly fumes (perfume and gas fumes) that affect so many teenage boys. Nonetheless, he pulled himself together and became an Eagle Scout.

At his court of honor, David was asked to talk for a few minutes about what becoming an Eagle Scout meant to him. He talked about the fun he’d had, the things he learned, and then, without warning, he began sobbing almost uncontrollably. Struggling to regain his composure, he said simply, “I didn’t realize until right now what this meant to me.”

It was a powerful moment—far more powerful than anything we could have scripted. And I can assure you that David was not the only person with tears in his eyes that evening.

In The Eagle Court of Honor Book, I recommend that every ceremony include a brief summary of the honoree’s Scouting career. While this could be done by an adult leader or parent, sometimes it might be best to have the Scout himself tell his story.

Most Scouts, I must admit, will only scratch the surface. But every now and then, the process of sifting through the past will create the sort of epiphany that David experienced—and that we all shared—at his Eagle court of honor. 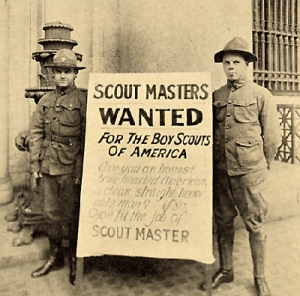 Are you familiar with the concept of loss leaders? These are products that retailers sell at a loss in order to get you in the door–and get you to spend more money. Of course, loss leaders aren’t the only tools retailers use. They also use grand openings and cross-promotions and advertising and coupons and a host of other techniques to drive traffic.

I was thinking about such techniques this week because it occurs to me that most troops need more ways to get potential adult leaders in the door. The traditional method–inviting people to sign up for open-ended (or lifelong) terms as assistant Scoutmasters or troop committee members–works mostly with people who really don’t need to be invited. But what about that mom who thinks she’s too busy at work to get involved? Or that dad who’s not that into camping? Or the chartered-organization member who would be a great leader if she would only give it a try?

How could you get those folks involved? I can think of 137 or so ways. They’re called merit badges.

Figure out a person’s passion and then invite him to counsel a relevant merit badge. He’ll have to register as a counselor, complete Youth Protection training, and be approved by the council advancement committee, of course, but that just makes it easier for him to eventually become a full-fledged leader.

Don’t throw 20 Scouts at your new volunteer in a classroom setting. Instead, invite him to take 20 or 30 minutes at a troop meeting to introduce the badge and help Scouts complete a requirement or two. If a few Scouts follow up to complete the badge, great! If not, at least you’ve gotten your prospect in the door to see what Scouting is all about. And you haven’t had to give away cases of soda to do so.